The changes are aimed at avoiding speculation due to Simba SC’s participation in the CAF Confederation Cup, with three (3) games scheduled for a date after the fate of the four clubs, namely Young Africans SC, was announced. , Simba SC, Azam FC and Namungo FC in the ongoing Revolutionary Cup in Zanzibar.

In addition, the preliminary schedule of the Mainland Premier League (NBC Premier League) focused on the participation of four clubs namely Simba SC, Young Africans SC, Azam FC and Biashara United FC in the CAF Championship by giving them enough space to prepare for the trip and play sports. the championship at home and abroad.

The removal of Young Africans SC, Azam FC and Biashara United FC from the CAF Championship has forced the Tanzania Mainland Premier League Board (TPBL) to review the Premier League schedule and make the following changes so that the League can continue to be played without spoiling matches for teams. any including the Lions SC Club that continues with the tournament. 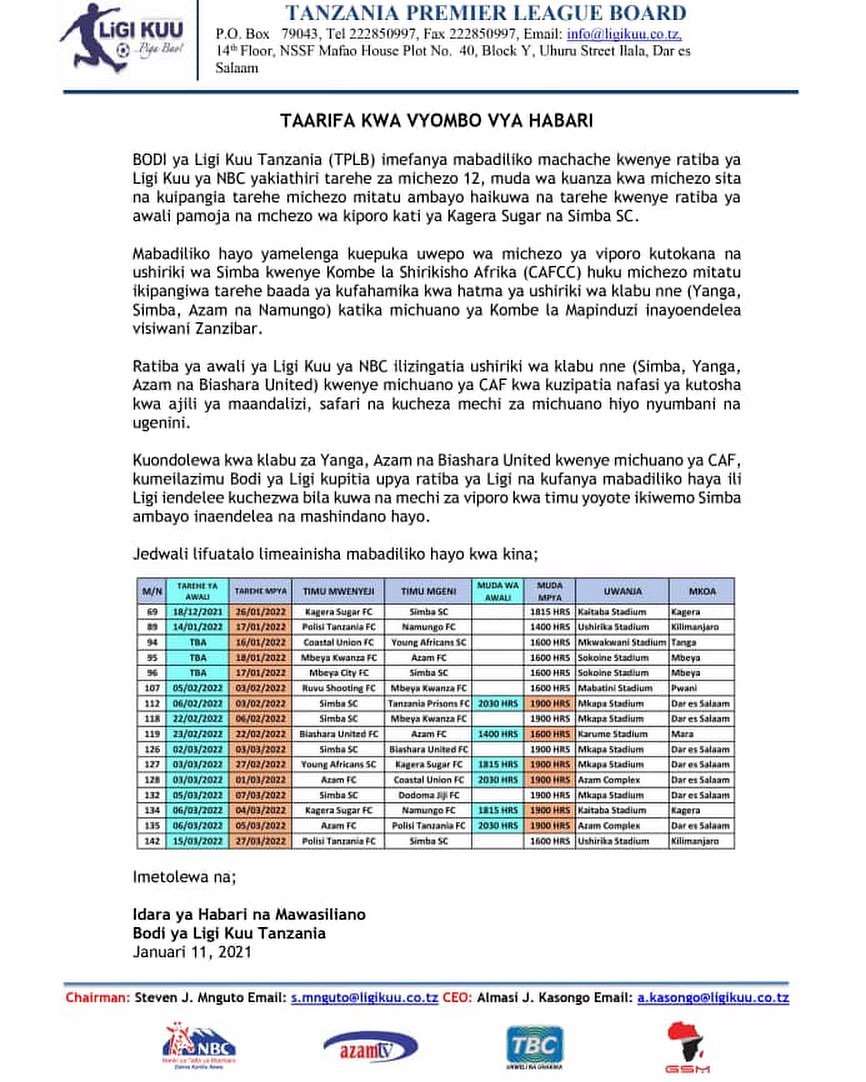 Top 10 Soccer Prediction Sites in the US

Excel Shortcuts You Should Know in 2022