The Meaning of Books of Original Entry or Subsidiary Books

Several books of prime entry exist, each recording a different type of transaction: 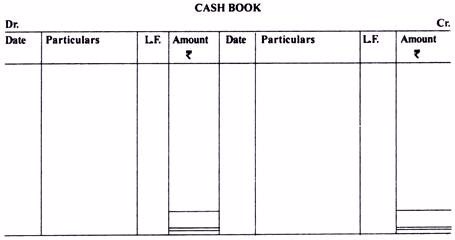 We know that cash book is also a cash account and there are two approaches for recording business transactions in the books of accounts. One is ‘Traditional Approach’ and the other is ‘Equation Based Approach

However, for recording transactions in the cash book following steps should be taken:

In the ‘Date’ column, the day, month and the year, on which transaction occurs should be recorded.

In the ‘Particular’ column, the nomenclature of the accounts, from where cash is received or paid, gets recorded.

In the ‘L.F.’ (Ledger Folio) column, the folio (page number) of the respective ledger, where the posting of the transaction is made, shall be recorded.

In the ‘Amount’ column, the actual cash paid or received is recorded. 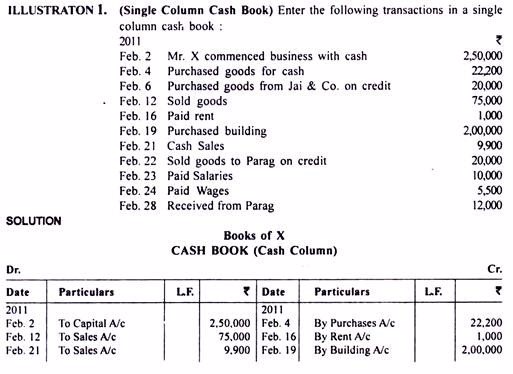 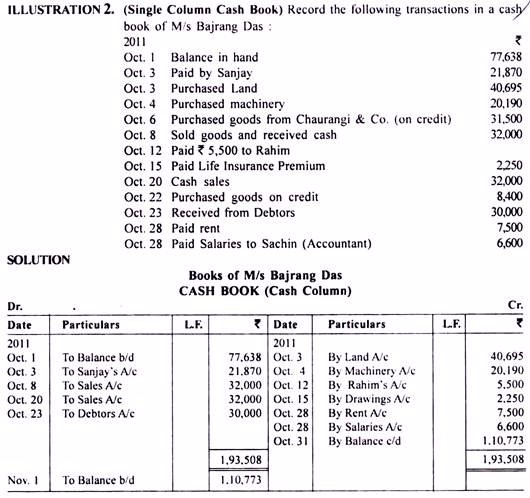 Simple cash book with single amount column on either side is maintained if the organization has only cash transactions. However, due to security and legal bindings, sometimes the transactions have to be necessarily routed through banks. The receipt issued by the cashier is the source document for cash receipts.

Any document viz., invoice, bill receipt etc., through which payment has been made, will serve as a source document for payment. These documents, popularly known as vouchers are numbered serially and filed in a separate file for future reference, verification and audit. 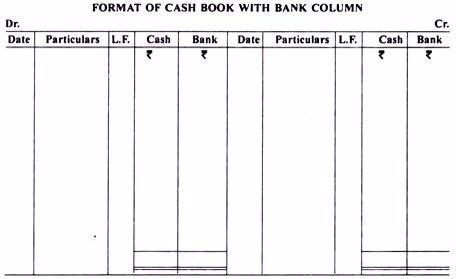 Similar to simple cash book, cash transactions are recorded in the two column cash book. The difference is that here we also record banking transactions i.e., the transactions in which bank is also involved.

Entries in the cash column are recorded similar to recording transactions in the simple cash book. For recording bank transactions there are two approaches. One is ‘Traditional Approach’ and the other is ‘Equation Based Approach’. Under traditional approach, bank is personal account so that as per the rule: ‘Debit the receiver and credit the giver’, receipt of cash by the bank is to be debited (i.e., debit the receiver) in the cash book and payment of cash by the bank is to be credited (i.e., credit the giver).

A general ledger is a company’s set of numbered accounts for itsaccounting records. The ledger provides a complete record of financial transactions over the life of the company. The ledger holds account information that is needed to preparefinancial statementsand includes accounts for assets,liabilities, owners’ equity, revenues and expenses.

ThePurchase Ledgeris your record of yourpurchasesand expenses, whether or not you have paid them and how much you still owe. On a Balance Sheet, the total unpaid bills will usually will be called Trade Creditors or Accounts Payable. ThePurchase Ledgerhas an Account for every Supplier.

ORIGIN, CAUSES AND IMPACTS OF TERRORISM

TOPIC 1: THE RISE OF CAPITALISM IN EUROPE ~ HISTORY 2