A simple machine is a non-powered mechanical device that changes the direction or magnitude of a force. In general, they can be defined as the simplest mechanisms that use mechanical advantage (also called leverage) to multiply force. 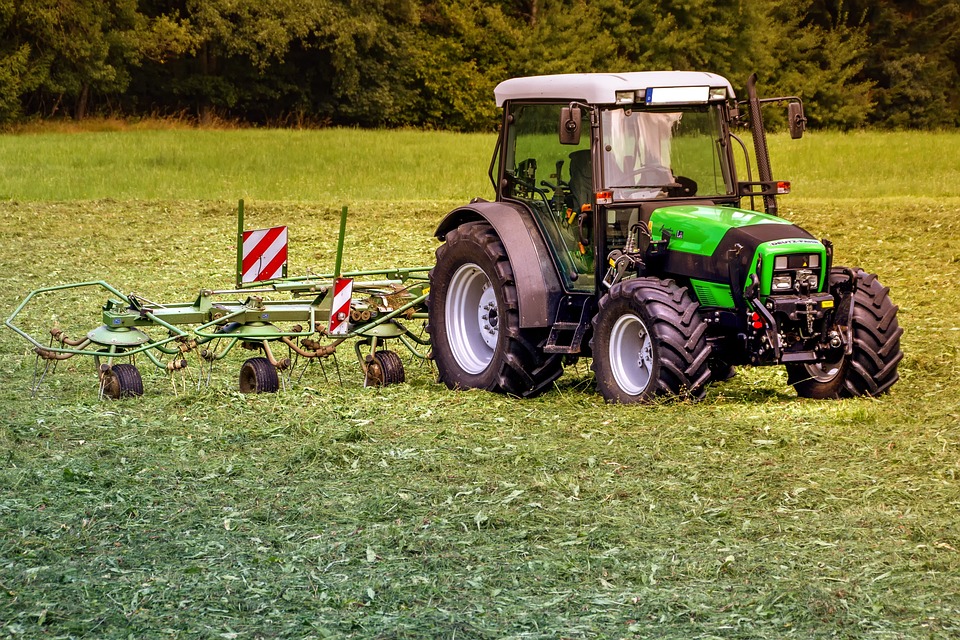 Nowadays man can do many things without necessarily using much of his own energy. Many can fly by using aeroplane, raise a heavy load, and drive a nail into wood by using a hammer. All of these are achieved using machines.

The Concept of a Simple Machine

Machine is any device, which is used for simplifying work. Examples of machines are: a crowbar, a seesaw, a claw hammer, a pulley and an inclined plane.

There are two types of machines

What is simple machine?

Simple machine is any device, which requires single force in operation to simplify work e.g. Claw hammer, a pulley, and an inclined plane. In a simple machine, a force is applied at one convenient point to overcome another force acting at another point.

The diagram above shows a stone being shifted. Force is applied at one end of the bar in order to exert an upward force on the stone. The down ward force is called effort and the weight of the stone is called load.

Effort is the force used to operate a machine. And Load is the resistance, which machines overcome.

Mechanical advantage (M.A) is the ratio of load and effort

Mechanical advantage has no SI unit.

A simple machine raises a load of 100N by using a force 50N. Calculate the mechanical advantage.

A force of 20N raises a load of 100kg. Calculate mechanical advantage of the machine.

In a certain machine a force of 10N moves down a distance of 5cm in order to raise a load of 100N through a height of 0.5cm calculated the velocity ratio (V.R) of the machine.

Efficiency of machine is the ratio of work output and work input.

A perfect machine has 100% Efficiency. Therefore M.A is equal to V.R.

Note: most machines are imperfect machines since efficiency is less than 100% this is due to the friction and heat and loss of energy.

A certain machine with force of 10N moves down a distance of 5cm in order to raise a load of 100N through a height of 0.5cm.

A lever is a rigid body, which when used turns about a fixed point called a fulcrum or pivot. It is used to shift heavy loads.

The Three Classes of Levers

There are three classes of levers:

Is the class lever whereby the pivot is between load and effort. Examples of first class levers are: see-saw, crowbar, pair of scissors and claw hammer.

Is the class lever where by load is between pivot and load. eg, wheel barrow, tongs, nutcracker, bottle opener.

Is the class lever whereby Effort is between load and pivot. Eg, fishing load.

The Mechanical Advantage, Velocity Ratio and Efficiency of Lever

Mechanical Advantage of a Lever

Velocity Ratio of a Lever

Efficiency of a Lever

The reason for a lever is that you can use it for amechanical advantagein lifting heavy loads, moving things a greater distance or increasing the speed of an object.

A pulley is a grooved wheel, which is free to turn about an axle that is fixed in a frame.

This is the type of pulley whereby effort is applied at one end of the tape in order to raise the load. Single fixed pulleys are used to raise small objects e.g. Flags. Consider the diagram below:-

Single movable pulley is the one which load is multiple of Effort.

The block and tackle system of pulley

When two or more pulleys are fixed in a frame, a block is formed. The pulleys in each block are fixed independently on separate axles. Consider the diagram below:-

Block and tackle system of pulley

Velocity ratio of Block and tackle system is equal to the number of pulleys.

A block and tackle pulley system has a velocity ratio of 4. If a load of 200N is raised by using a force of 75N. Calculate the mechanical (i) Advantage of the system (ii) efficiency of the system.

M.A and Efficiency of block and tackle pulley system

Mechanical Advantage of a Pulley system (Block and Tackle)

When the lower two pulleys move up a vertical distance y, corresponding to movement y of the load L, each pulley releases a length y of the rope on each side giving a total length 2y.

With all this movement of pulleys, the effort E is moved down a distance of 2 x 2y or 4y. Thus,

Efficiency of a Block and Tackle

Pulleys have been used for lifting for thousands of years. The most prevalent and oldest example are their uses on ships and boats. The block and tackle have been a key tool for raising sails and cargo. Another major use for pulleys is withcranes.

Pulleys have been used also in modern times with various machines and systems. Even in the space age, pulleys have been an important aspect for the construction and operations of spacecraft and aircraft. It is with a pulley system that rudders for an aircraft are controlled.

Pulleys are used in everyday life, from vehicles to moving equipment such as cranes.

The Concept of Inclined Plane

An inclined plane is a sloping plane surface, usually a wooden plank used to raise heavy load by pulling or pushing them along the surface of the plane.

Mechanical advantage of the inclined plane

The M.A of inclined plane is obtained as the ratio of the Load to Effort.

Inclined planes are widely used in the form ofloading rampsto load and unload goods on trucks, ships, and planes.Wheelchair ramps are used to allow people in wheelchairs to get over vertical obstacles without exceeding their strength. Escalators and slanted conveyor belts are also forms of inclined plane.

In a funicular or cable railway a railroad car is pulled up a steep inclined plane using cables. Inclined planes also allow heavy fragile objects, including humans, to be safely lowered down a vertical distance by using the normal force of the plane to reduce the gravitational force. Aircraft evacuation slides allow people to rapidly and safely reach the ground from the height of a passenger airliner.

The Structure of a Screw Jack

A screw Jack consist of a cylinder with a spiral ridge runs round it. The spiral is called the thread (T) and the distance between two adjacent threads is called the pitch (p) of the screw.

The bolt and screw

The Mechanical Advantage, Velocity Ratio and Efficiency of a Screw Jack

Mechanical advantage of the screw jack

Velocity Ratio of the Screw Jack

The V.R is obtained as,

The Screw Jack in Daily Life

Screw jacks are used to lift heavy loads despite the large friction they produce. The heavier the load the higher the friction force. They are self-locking, meaning that when the applied force is removed, they do not rotate backwards. They are used in adjusting workplace chairs and tables. They also help in pulling and pushing machine equipment as well as tightening mechanical parts.

The Structure of a Wheel and Axle

Structure of Wheel and Axle

A wheel and axle is a simple machine that consists of a wheel and axle mounted with the same axis of rotation. The radius of the wheel is always greater than that of the axle.

Consider the diagram below:

The Mechanical Advantage, Velocity Ratio and Efficiency of a Wheel and Axle

Mechanical advantage of Wheel and Axle

The M.A of inclined plane is obtained as the ratio of the Load to Effort.

Velocity Ratio of Wheel and Axle

The wheel and axle work in a way that, when an effort is applied to rotate the wheel, the axle which pulls the load is simultaneously rotated covering same number of rotations as those of the wheel.

Then, for wheel and axle,

The Wheel and Axle in Daily Life

Application of Wheel and Axle

Wheels help people do work in two ways. First, like lever sorinclined planes, wheels allow you to do something easy for a longer time, instead of doing something hard for a shorter time. If you turn a large wheel fixed to an axle, the axle will also turn. You can turn the large wheel easily (but it takes a lot of turning to go all the way around).

The axle will go around a much shorter distance, but with more force. So you can use a wheel to create a mechanical advantage – you can turn something heavy, by spinning a large wheel attached to an axle that is attached to the heavy thing.

That’s how a pencil sharpener works. Or, you can do it the other way around – use a lot of force to turn the axle, and that will spin the wheels really fast. That’s what cars do.Wheels are the most important part of pottery wheels, wagons and cars, but also of wheel barrows,spinning wheels, water wheels, windmills, and pulleys.

Also, wheels on a wagon only touch the ground at one spot at a time, keeping the rest of the wagon off the ground. This makes less friction, so that the wagon is easier to move than if you were pulling it along like a sled

The Structure of Hydraulic Press

A hydraulic press is a machine that is used generate compression force that can be used to crush, straighten or mould objects. It has two sides one on which effort is applies and the other on which the load is placed.

Force f is applied on the effort piston and transmitted in form of pressure within the fluid to the area of the load piston. There it is converted into large force F which can do tremendous kind of works.

The pressure created by the effort piston is all transmitted without loss to the load piston. That is,

That is the reason for using hydraulic press in heavy duty works.

Mechanical Advantage, Velocity Ratio and Efficiency of a Hydraulic Press

In hydraulic press small force (Effort) applied on the small piston is used to overcome a much greater force (Load) on the large piston. That means, effort E is that small force f applied on the effort piston and load L is that large force F on the load piston.

But from the formula,

It is known that,

The efficiency of the hydraulic press can never be 100% and can be calculated by,

The Hydraulic Press in Daily Life

Uses of a Hydraulic Press

A hydraulic press is used for almost all industrial purposes. But basically it is used for transforming metallic objects into sheets of metal. In other industries, it is used for the thinning of glass, making powders in case of the cosmetic industry and for forming the tablets for medical use. The other common uses of the hydraulic presses are as follows:

A hydraulic press is the heart of any car crushing system. In this process, a hydraulic motor applies a large pressure on the fluids into the cylinders. The fluid pressure makes the plates rise and with a large force, the plate is driven on the car thereby crushing it.

While processing the cocoa beans, a liquid known as chocolate liquor is derived. For making fat-free cocoa powder, this liquid is squeezed out in a hydraulic press. After this stage, this liquid is processed further to make a powder. The powder thus derived is cocoa powder, which is fat-free.

In the process of making swords, a hydraulic press is used to give a flat shape to the raw steel.

CHANGES IN POLITICAL POLICIES IN AFRICA AFTER INDEPENDENCE